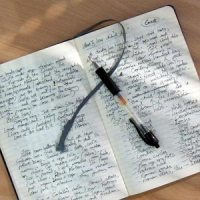 There’s something bugging you, isn’t there? You’re thinking: “That wretched Edwards fellow has been suspiciously quiet about the fiction he’s writing lately. Has he found better things to do? Has he run out of ideas? Is he in a coma?”

The answers to the above questions, in order, are, “Yes (sort of). No. And no (at least, not when I last looked).”

The truth is, my naïve assumption that I could ghostwrite three novels in three years AND maintain my own output of new fiction was, uh, naïve. And since the ghostwriting is a paying job for which I’ve signed a contract in the requisite blood, sweat and tears, the ghostwriting comes first. (The fact that I’m having a whale of time doing it is just a big, fat bonus.)

So where does this leave the various other projects I’ve blathered about on the blog throughout the year?

Well, right now I have four live ones on the hook. My next opportunity to start reeling them in will come in the spring, during a six-month window of opportunity between ghost-books two and three. The drive to land all four is strong, but I can pull on only one rod at a time. To complicate the decision, each project is driven by a very different part of me.

My head says that, as soon as time and tide allow, I should get on with the sequel to Talus and the Frozen King. The novel is plotted, and I have around 20,000 words in the bank. The problem is that, having ignored it for several months, it’s started to smell. You know, the way fresh fish does when you leave it out on the counter. The stink isn’t too bad – yet – but it’s icky enough to make me believe my original plans for the book just weren’t quite right.

I’d always imagined that Talus, my Neolithic detective, would inhabit an ongoing series of short mystery novels, each well under 100,000 words, each self-contained, but with an overall series arc. Within this, book two was conceived as the middle story of a group of three. But I don’t think that’s the way to do it. I think I want to tell the next part of Talus’s story all in one go. I think book two will be twice as long as its predecessor, and cover a lot more ground.

That means one of two things. Either I have to start over. Or I’m thinking too much.

My heart wants to write a novel I’ve had in my head for over fifteen years. It’s called Black Dog, and I’m enough in love with it that I want to write it right now. I also want it to be perfect, which it never will be.

I’ve known the story’s shape for a long time, but I’ve always struggled to find the way into it. My most recent draft – of the first five chapters – was getting close, but other pressures forced me to put it aside. However, the forced separation has brought us closer … and, I think, shown me the doorway at last. It’s a simple enough thing. When I tell you, it’ll sound like little more than a writer’s conceit. But I reckon it’s the key.

In my head, Black Dog has always been a sprawling novel, written in the third person, with multiple POV characters and a light authorial voice. But that’s not right. Sure, the story sprawls, but it’s really a very intimate tale, and I’m coming to believe that it wants to be written in the first person. It may even benefit from a “nested story” framing device – you know, like those classic fireside yarns in which the narrator first tells you he has a story you’re not going to believe, then proceeds to tell you anyway.

My blood always runs faster when a project is near to completion. The fish on my hook with the quickest pulse is my weird detective novel String City.

Actually, the manuscript for this has been complete for some time, but I did an extensive rewrite over the summer that never quite got finished. I have just 30,000 words or so to revise for the damn thing to be complete, and as you probably know, when the end is in sight, there’s nothing you want more than to get there.

Next year is the 20th anniversary of my first novel Dragoncharm. It’s been out of print for years but now, for the first time, I have a complete etext version of it. In 2015, I want to self-publish it in digital form. Doing that will require me to (a) proof and copy-edit the text (b) design a cover (c) format and publish the ebook (d) promote it.

So there you have it. Head and heart. Blood and guts. Four parts of my body competing for attention while my poor old fingers continue to slave away with the paying work. Four fish wriggling on the hook. Which will I attempt to land first?