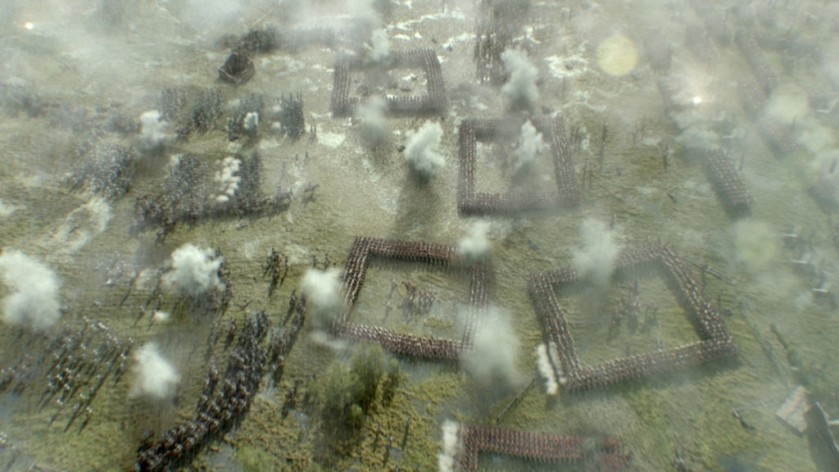 In my latest article for Cinefex, I spoke to Soho-based Milk VFX about their work on the BBC adaptation of Jonathan Strange & Mr Norrell, the award-winning dark fantasy novel by Susanna Clarke.

Milk VFX populated their digital battlefield with no less than 50,000 soldiers. During production, performers and extras were photoscanned wearing period costume, with the resulting data being used to create multiple types of CG double, ranging from Napoleonic grunt to Regency officer.

To control these huge numbers of digital extras, Milk turned to Golaem Crowd, their crowd management tool of choice, which they had first used on Brett Ratner’s 2014 feature Hercules. “We had soldiers, captains, all with different guns, different uniforms, different props,” said CG supervisor Nicolas Hernandez. “They were all procedurally managed by Golaem.”

Similar attention to detail was used when re-creating the firepower of the digital troops. “Every cannon had five soldiers around it, which was historically correct,” observed VFX supervisor Jean-Claude Deguara. Simulation systems permitted each cannon to “fire” automatically. “The simulation worked out the projection of the cannonball, and where it would hit the ground,” explained Hernandez. “We imported it into Maya, where we used a library of explosions that triggered procedurally. The first version we did of the shot looked like a Michael Bay film! We had 25,000 explosions, and the whole screen was covered in smoke!”