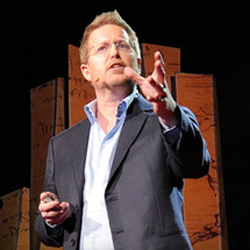 Earlier this year, film-maker Andrew Stanton gave an inspirational lecture on storytelling as part of the Ted Talks programme. One quote in particular stuck with me, and it’s this:

“I took a seminar this year with an acting teacher named Judith Weston and I learned a key insight to character. She believed that all well-drawn characters have a spine. And the idea is that the character has an inner motor, a dominant inner goal, an itch they can’t scratch. She gave a wonderful example of Michael Corleone, Al Pacino’s character in The Godfather. His spine was to please his father. It always drove his choices. Even after his father died, he was still trying to scratch that itch.”

In saying this, Stanton articulates something a lot of writers know instinctively: the importance of both motivation and consistency in driving a character’s behaviour. I like the image of the spine so much that I’m using it consciously with novel I’m writing at the moment. For each of the main characters, I’ve come up with a single key word that defines their ‘inner motor’. Thus my protagonist’s spine is protect. For another character it’s survive. A third is driven by the urge to control. And so on.

You might think this all sounds a bit simplistic. Don’t be fooled. The spine’s strength lies in its simplicity. If you don’t like the spine image, think of a root system. Given roots, you can grow yourself a tree. The core structure may be simple, but you can hang as much complexity on it as you like. Just remember that, when you strip all that complexity away, the spine will remain as evidence of your character’s essential spirit.

Whatever you think of Stanton’s spine, I can recommend the rest of his talk, which is full of lessons learned from his years with Pixar. Like his films, it’s also full of heart and humour. Here’s the link: