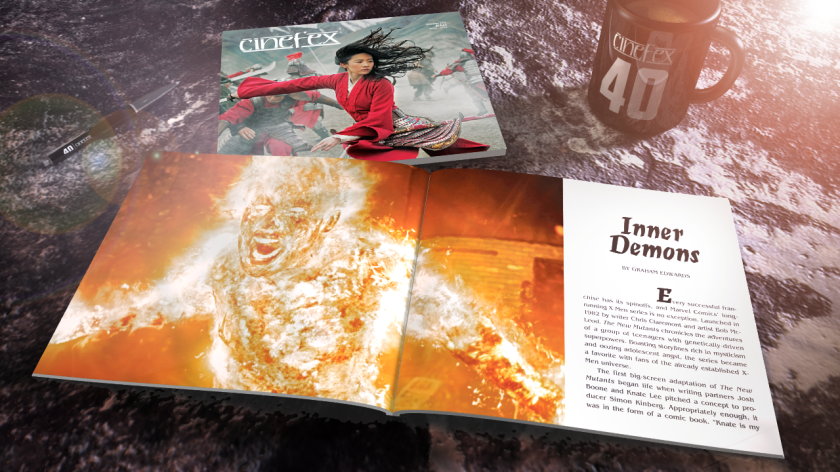 Towards the end of January 2020, I began interviewing for my Cinefex 170 article on The New Mutants. Little did I know that by the time I’d submitted my final copy, the whole world would be caught up in a pandemic.

In fact, as Cinefex 170 moved into production, the COVID-19 crisis resulted in cinemas closing and the release dates of all the big upcoming films getting shunted until later in the year, or next year, or some undetermined time in the future. The New Mutants was one of these films. So was Disney’s live-action retelling of its popular animated feature, Mulan, also on the slate for this issue.

By that time, it was too late to stop production on Cinefex 170, which put us in the unique position of publishing behind-the-scenes stories on a pair of blockbusters that haven’t yet been released. We’re not alone. At about the time our presses rolled, American Cinematographer published a story on No Time to Die, the next chapter in the James Bond saga and the first major blockbuster to see its release date change in response to the pandemic.

In addition to Mulan and The New Mutants, Cinefex 170 also contains in-depth articles on the Sam Mendes’  innovative World War I drama 1917, HBO’s Watchmen series, and William Eubank’s subaquatic horror Underwater. The issue is available to order for home delivery, and will shortly be available to download for iPad.

What better lockdown reading could you wish for?