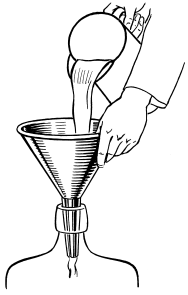 I’m writing a novel set in Los Angeles in 1933. I’ve never been to Los Angeles. Nor have I ever been to the year 1933. Therefore, research is required (rather more than I’d anticipated, actually, which just goes to show how blindly I plunged into the project).

When you’re writing a period piece, the details have to be right. Take the scene I just wrote, in which a character happens to light up a cigarette. What brand would a wealthy woman have been smoking in 1933? Presumably not the same as her down-at-heel companion. At first-draft stage it’s tempting to gloss over these things until you’ve had a chance to look them up. But the devil’s in the detail, and such minutiae can inform the way your characters behave, how they interact, how they think. So, in this instance, I stopped writing to explore the wonderful world of Viceroys and ten-centers at the end of the Great Depression, turning up a few interesting facts in the process.

Ah, facts. That’s what it’s all about, isn’t it? The Oxford English Dictionary seems to think so. Here’s its definition of the word research:

Now, as a novelist, I deal in fiction, not fact. Which presents me with a problem. Undertaking research – especially when you’ve got the labyrinthine entirety of the internet at your disposal – is like hurling yourself down a rabbit hole. Useful as it is, it’s also a distraction, not only to the writer but also to the reader. I don’t know about you, but I don’t buy a novel to read a historical dissertation – I want someone to tell me a damn good yarn.

Luckily, I have two secret weapons when it comes to research. The first is a short attention span. The second is an unreliable memory. Give me a book of facts to read and by the time I reach the last page I’ll have forgotten 99% of them. The ones I remember I’ll horde, later to sprinkle them over my narrative to give it the illusion of historical authenticity. It works like fairy dust: a little magic goes a long way.

I’m aware that might sound lazy. Maybe even cynical. It isn’t. Keeping the facts down to a mere sprinkle is a way of locking a narrative into another time and place without bogging it down with unnecessary distractions. It’s too easy to get seduced by research – I’ve fallen into that trap myself – to easy to assume that the reader really is interested in the precise shape of the moulded architrave of the front door of the 19th century mansion house. They’re not. They want to know what’s lurking behind the door waiting to strike the hero down.

Historical fiction is no different to any other genre in this respect. Writing fantasy brings up exactly the same issues, only in this case it’s generally called ‘world-building’. And yes, fantasy fans are as hungry for evocative descriptions of Middle Earth as readers of historical fiction are to map the geography of medieval London. But all those things are ultimately subordinate to the really important questions: What did the hobbit do next? and Whose severed head is that hanging above Traitor’s Gate?

So why bother to read the research at all? Why not just skim it to pick up enough fairy dust and then throw the rest aside? The obvious answer is that sometimes the fairy dust is buried deeper than you’d like; in order to excavate it, you have to resign yourself to doing some digging.

But there’s more to it than that.

While I might forget a lot of the facts, I always try to retain the feel and the idea. I reckon that’s infinitely more important. I might have given the impression that research is about dropping things through a sieve: the good stuff comes through, leaving the rubbish behind. I actually think it’s more like a funnel. Everything goes through. In the process, it gets concentrated down to a single essence. Nothing is lost.

Take my current research of Los Angeles, for example. I’ve just finished reading a book called The Fragmented Metropolis by Robert Fogelson. It’s a decent – if rather dry – history of the city from 1850-1930, precisely the period I’m interested in. From it I’ve picked up a few useful nuggets about urban development, the failure of the railways and so on. Much of what I’ve read has already fallen out of my head.

What’s stuck with me, however, is a feel for the city, about why it is what it is. Here it is:

Los Angeles, more than any other American city, is the product of willpower. There’s no reason for such a vast metropolis to exist out there on the remote south-west edge of the union, on a seaboard with no natural harbour nor any particular geographic feature to encourage settlement, let alone growth. Willpower – the combined and prodigious desire of LA’s various public and private bodies to promote the city and actively create reasons for it to flourish – is the single most important factor that’s permitted it to thrive.

It just so happens that willpower – the kind of unshakeable conviction that can create not just a city, but perhaps an entire world – is the concept on which my story pivots. I’m not sure if this thematic connection is serendipity or sorcery. But I am certain that it’s the single, pure essence I was hoping might emerge from the otherwise dizzying funnel of facts, and that it will inform the narrative as I continue to write. It’s made the purchase of Fogelson’s book worth every penny.

Even if I have forgotten most of the damn thing already.