Don’t ask me what my favourite movie is. I can’t tell you. What I can do is offer up a list of movies I never tire of. Here’s the first … 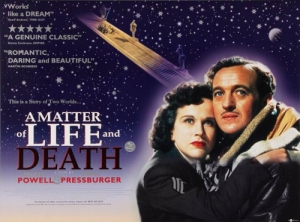 A Matter of Life and Death

I first watched A Matter of Life and Death on home video while playing truant from school in order to avoid an English lesson. I justify the crime by asserting that films don’t get much more English than this 1946 fantasy from legendary film-makers Michael Powell and Emeric Pressburger. What’s more, the movie riffs on A Midsummer Night’s Dream, that staple of literary studies. A weak defence, I know, but it’s the best I’ve got.

A Matter of Life and Death stars a young David Niven as Squadron Leader Peter Carter, an RAF bomber pilot who unwittingly cheats death when Conductor 71 – his guide to the afterlife – gets lost in fog at the very instant of Carter’s pre-ordained demise. A celestial court is convened to decide whether or not Carter should be allowed to live on. Meanwhile, down on Earth, it’s a race against time to perform the brain surgery required to free the bewildered pilot from the ‘delusion’ that his fate is being decided in heaven. To complicate matters further, as events unfold in the twin realms, Peter Carter discovers that he’s fallen in love …

Despite being nearly seventy years old, A Matter of Life and Death still looks fresh as a daisy. Powell and Pressburger’s snappy script crackles with wit and the ‘Is it all a dream?’ plot plays out with remarkable delicacy. Niven is perfectly cast as the quintessential English officer, Marius Goring has tremendous fun as the French Conductor 71 and Kim Hunter (better known both for her Academy Award as Stella Kowalski in A Streetcar Named Desire (1951) and for donning simian makeup in Planet of the Apes (1968)) plays Peter Carter’s American girlfriend, June, to sweet perfection.

I could gush about this film for a very long time, but I’ll try to keep this brief. Jack Cardiff’s cinematography is gorgeous and Alfred Junge’s design is to die for (the film was shot in Technicolor, but employs a carefully-dyed black and white process for the sequences set in heaven). Beautiful design and striking imagery is a given with any Powell and Pressburger production, and A Matter of Life and Death is no exception. At every turn it looks just wonderful, from simple scenes like the ‘frozen’ table tennis match (whenever Conductor 71 appears on Earth, time stops for everyone except Carter) to expansive views of the heavenly court, the most spectacular of which features a lengthy power-of-ten pull-back that reveals the entire edifice to be just a tiny mote in the centre of vast, spinning galaxy. Most memorable of all is the giant escalator lined with statues, by which Carter and his Conductor travel to and from the afterlife.

Powell and Pressburger’s direction has a gently off-kilter quality, although never so much that it overwhelms. There’s an early scene where Carter wakes on a deserted beach following his plane crash and assumes he’s dead. Meeting a naked boy playing pipes and herding goats, he asks where he’s supposed to report. The strangeness of the moment is shattered as a deHavilland Mosquito roars low overhead, revealing both to Carter and the audience that he is, after all, alive.

The soundtrack too has an markedly eerie quality. During scenes in which the airbase’s amateur thespians rehearse Shakespeare, the pianist plays a repetitive musical theme that seems to jar with Carter. The same theme recurs fully orchestrated later in the film. During the ‘frozen time’ scenes, Carter tries to ring a bell he’s been given by his psychiatrist, Dr Reeves (played by Powell and Pressburger stalwart Roger Livesey), as a signal that he’s receiving a visitation from the great beyond. As hard as he shakes it, the bell makes no sound. It’s a simple device, yet somehow a deeply unsettling one.

For all its quirks, A Matter of Life and Death is warm and humorous. I defy you not to fall a little bit in love with Peter Carter as he fights – quite literally – for his life. His interactions with Conductor 71 – and later with the multinational cast of historical characters the comprises the heavenly jury assembled to decide his fate – are a delight. Nor is the outcome of his trial guaranteed, despite Carter’s eloquent assertions that he shouldn’t be punished for what was, effectively, a clerical error.

Ultimately, then, the film is about uncertainty, and the drive to prevail in the face of it. Will Peter Carter survive his trial, however metaphysical it might be? Will he get the girl? Will he, in short, live? Such questions are what define all drama. Little wonder that, every time I sit down to watch A Matter of Life and Death, I’m transported to heaven.

Note: A Matter of Life and Death was originally released in the US under the title Stairway to Heaven. 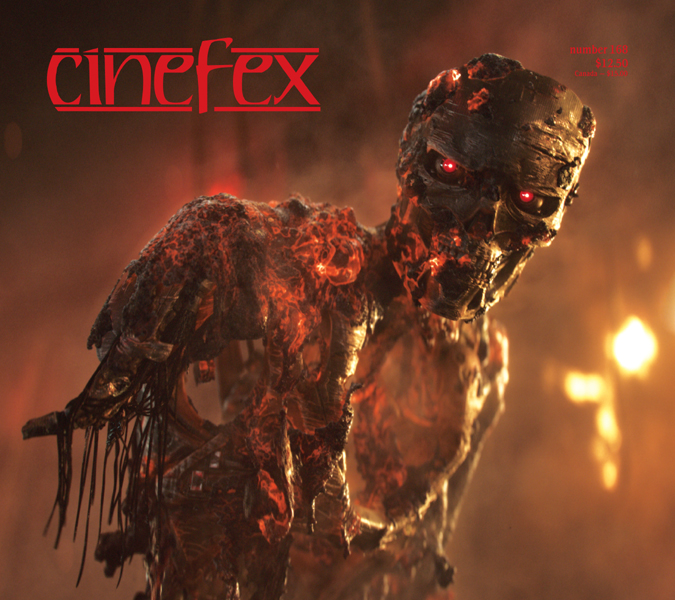